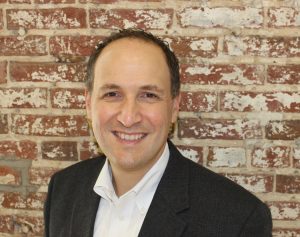 GREGORY FRIEDMAN is one of the co–founders of AGM Commercial Real Estate Advisors, and has practiced commercial brokerage since 1994. Greg began his career at Miller Corporate Real Estate, where he became the top producer in this 20–person firm by 1996. He became a partner in 1998 and remained so until the sale of the company to Coldwell Banker Commercial in 2003.

In 2009, Greg earned his LEED Green Associate designation in response to requests and inquiries from several clients. This designation is reserved for individuals who demonstrate green building expertise in non–technical fields of practice and denotes basic knowledge of green design, construction, and operations.

Greg is a graduate of Washington University in St. Louis and has a Master’s Degree in Finance from Loyola College. A native of Baltimore, he has been involved in several community organizations, including board positions at The Associated Jewish Community Federation of Baltimore and The Children’s Home. Professionally, Greg is a member of the Society of Industrial and Office Realtors (SIOR), a professional organization for which less than 20 percent of commercial brokers qualify.

Greg has focused primarily on office and warehouse leasing and sales. He has represented both local and national firms across a wide variety of industries. In addition, Greg has significant experience handling both the acquisition and disposition of space.

Finally, Greg is also very active in building and investment acquisitions for himself, investors, and clients. Greg has been a minority member and managing member in 18 different projects since 1996 with a total value of over $80,000,000.